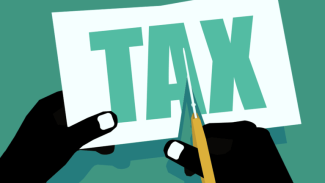 What Is Alternative Minimum Tax (AMT)

It’s probably easiest to conceive of AMT as a separate tax system with its own set of stricter deduction rules than those in the regular tax system.

Filling out Form 6251 from the Internal Revenue Service is the only method to know if you qualify for AMT. It’s worth doing simply to be safe, especially if you make a lot of money and can claim a lot of tax advantages. Of course, many conventional tax incentives, such as personal exemptions and the state and local tax deduction, are curtailed under the 2017 tax code.

If the IRS determines that you should have paid AMT and you didn’t, you may owe back taxes as well as interest and penalties.

AMT recalculates income tax after certain tax preference items included in the adjusted gross income. To compute taxable income after deductions, AMT follows a different set of principles. To calculate the taxpayer’s alternative minimum taxable income (AMTI), you should incorporate preferential beliefs into their income. Then AMT exemption is removed to arrive at the final taxable amount.

The difference between a taxpayer’s AMTI and his AMT exemption is taxed at the appropriate rate. As a result, the estimated minimal tax is calculated (TMT). If TMT is greater than the taxpayer’s usual tax burden for the year, they must pay both the regular tax and the difference between the regular tax and the TMT. In other words, the taxpayer is responsible for the entire TMT.

Why would I have to pay AMT?

Examining your Form 6251 from the previous year is the most straightforward approach to figuring out why you’re paying AMT or how close you were to pay it.

Look for adjustments to your taxable income on lines 2 and 3 for AMT purposes. For example, you must include your standard deduction, taxes deducted on Schedule A, the bargain component of any incentive stock options you exercised, as well as many investment-related things, back into your income.

AMT was created to discourage taxpayers from avoiding their fair share of tax liability by taking advantage of tax benefits. The structure, however, was not adjusted for inflation or tax cuts. This can result in bracket creep, in which upper-middle-income taxpayers are liable to AMT rather than only the affluent taxpayers for whom it was designed. On the other hand, Congress passed a measure in 2015 adjusting AMT exemption level to inflation.

What causes the alternative minimum tax to be placed?

The alternative minimum tax is usually triggered when income exceeds the yearly AMT exemption thresholds. AMT payers, who often have high salaries, basically compute their income tax twice — once under regular tax rules and again under the more stringent AMT regulations — and then pay the more significant amount required.

How to Calculate AMT

Individuals can utilize tax software that calculates AMT for them or fill out IRS Form 6251 to see if they owe AMT. This form considers medical expenditures, house mortgage interest, and a variety of other miscellaneous deductions to determine if a taxpayer’s deductions exceed the IRS’s overall limit.

The form also asks for information on tax refunds, investment interest, and interest from private activity bonds, as well as figures relating to capital gains or losses resulting from the sale of the property. The IRS utilizes a set of formulae to determine the portion of this income and deductions tax filers must report on Form 6251 and another set of algorithms to determine how these numbers lead to AMTI.

Because AMT system has so many rules and restrictions, it’s a good idea to seek advice from a lawyer or a tax specialist if you have any questions about your case. Also, keep in mind that the information in this guide is not intended to be tax or legal advice. It can’t be utilized to evade paying taxes to the federal government.

If you want to prevent any unpleasant surprises come tax time, it’s a good idea to know where you stand on AMT. The time and effort you put in today may pay off.